Get this kit and build one:
From Etsy: BUY NOW: Tensegrity Kit 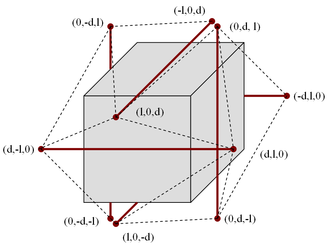 Get this beautiful night light here:

Lithophane 3D Print Moon: a night light lamp with a strikingly detailed image of the lunar surface- but made only of white plastic. The lithophane technique goes back to the 1820s and produces gray tone images by shining light through a translucent substance, initially porcelain, or like this example, plastic. Regions where the plastic is thick absorb the light and appear dark gray, thinner regions look light gray. 3D printing allows a new method for producing this art form with amazing detail.

Need a laser pointer? Incredibly, you can get 3 (one of each color) for under $20 (including S&H):
From Amazon: BUY NOW Red+Green+Purple Laser Pointer

Make you own fluorescent solution with this powder:
From Etsy/STEMCell Science: BUY NOW: Fluorescein Powder

Fluorescein v. Laser Frequency: exploring how this famous fluorescent dye reacts to three frequencies of laser pointer using this unique liquid filled paperweight. Under Green (532 nm) we see some mild yellow fluorescence as the beam transmits through the liquid, under Red (635 nm) the beam transmits with no reaction, but under near UV Blue (450 nm) the beam is completely absorbed near the liquid surface and re-emitted in bright green with a peak at 515nm. A fun home experiment to explore quantum physics phenomena with inexpensive apparatus.