Buoyancy Discrepant Event: wood that sinks and a rock that floats!- a study in density properties of ironwood and pumice.

Horizontal Hand Boiler: liquid-gas phase transition. The boiling point of dichloromethane is slightly below body temperature and heat from a hand will induce vaporization of the liquid which increases pressure in one bulb pushing the red (dyed) liquid through the glass pipe to the other bulb. The process can repeat by switching the hand to the other side, but as both sides heat up the transfer is less vigorous. An inexpensive toy demonstrating phase changes and other thermodynamic physics.

Spring Latch Polymagnets: this pair of coded magnets attract but don’t touch in a state of stable equilibrium at a distance of 1/2 cm- but if one magnet is turned a half twist they latch together. Magnetic viewing film reveals the specific and complex arrangement of N and S poles that allow for this set to act like a spring or a latch (although only if constrained to an axis along their centers).

The reverse diver needs a bottle with a oval shaped cross section. I used the bottle from this product- it has the right shape and size and the label comes off easily: 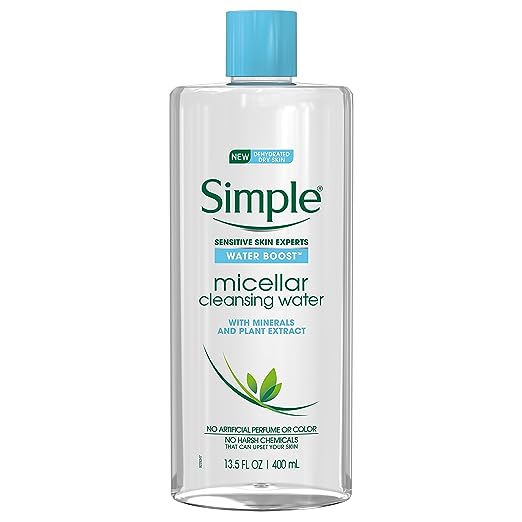 Wikipedia has the details on the Cartesian diver (and reverse diver).

Birefringence in Calcite: the speed of light in a calcite crystal depends on polarization- the refractive index is different depending on the polarization orientation of the light transmitted through it. As a polarizing filter is rotated 90 degrees, one image appears and the other vanishes, showing that the polarization orientation of the light of the two images is indeed perpendicular. In addition the elegant rhombohedral nature of calcite crystals is obvious in this sample.

Radiometers are available from these sources:
From Educational Innovations: BUY NOW Radiometer

Hundreds of options on eBay:
From eBay: BUY NOW Radiometers

US Patriotic Radiometer: 4th of July physics toy on this 242th year since the the Declaration of Independence. Produced in the 1970s by Kyp-go (maker of Balafire bulbs) the images spin with kinetic energy converted from light. Light heats up the "vanes" which then heat up the very thin gas left in the bulb- the black side of the vane is hotter and any gas molecules that come into contact with it fly off at a faster speed imparting impulse to the rotor. Radiometers with special vanes like this are no longer in production but sometimes pop up for sale online as antiques.

Need a UV laser pointer? Get 3 lasers (one of each color) for under $10 (including S&H):
From eBay: BUY NOW red+green+blue(UV) laser pointers

Quantum Re-Excitation: a green laser should not normally be able to induce a phosphorescent glow, but if the material is already excited a green laser can re-excite it as seen here. Glow-in-the-dark phosphorescence is a quantum mechanical phenomenon where high energy photons (like those from a near UV laser pointer) are absorbed by electrons which are then boosted to higher energy levels. The glow comes from these electrons emitting lower energy photons (green in this case) as they jump down through a series of energy levels back towards their ground state. If an electron is only partially down the cascade path, lower energy photons from a green laser can bump it back up to the excited state. Quantum mechanics is all about discrete jumps in energy like what is happening here.

Similar vintage items can often be found on eBay (a bit pricey though):
From eBay: BUY NOW Radiometer in Acrylic

Regular radiometers are available from these sources:
From Educational Innovations: BUY NOW Radiometer

Hundreds of options on eBay:
From eBay: BUY NOW Radiometers

Radiometer in Arylic: kinetic energy from light in this Eames era vintage Lucite block sculpture with encased radiometer. Light heats up the "vanes" which then heat up the very thin gas left in the bulb- the black side of the vane is hotter than the colored side and any gas molecule that comes into contact with it flies off at a faster speed imparting impulse to the rotor.

Switch Pitch Ball: this spherical assembly changes color by turning inside out when tossed into the air. A favorite of my mechanical toys with surprising physics. Interestingly the advertisements for this toy incorrectly claim air drag is involved in the transformation. To understand why the ball inverts first note that the ball is made of multiple components hinged together. In launching the ball from the hand an upward acceleration results in a torque that pivots each component around its center of mass, causing the rotation of these components in an organized way leading to the transformation. Imagine tossing a stick straight up. If the stick is perfectly vertical upon launch it will move straight up- but if it is initially slanted at all it will also begin to rotate upon launch. Similar physics underlies the motion of each component of the ball- shown here in 240 fps slow motion. The Switch Pitch is produced by the makers of the Hoberman Sphere.

Electric Motor: in its simplest form!- coil, magnet, and battery. The wire of the coil has an insulating coating- and this coating is carefully scrapped off one side on each end. When current passes through the coil it becomes an electromagnet and the permanent magnet repels it making it spin- as it turns the currents goes on and off depending if the copper posts are in contact with the bare wire (current on) or the still insulated wire (current off). I have motors with fewer parts- but they operate on more complex principles.

Tea Candle Steam Engine: a functional piston steam engine complete with boiler and flywheel. Takes about 2 minutes to get going after the candle is lit. The invention that powered the industrial revolution on a desktop! Made by Wilesco.